A Conundrum: What is George GILLESPIE's father's name? 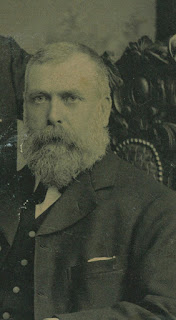 I've known for many years that George GILLESPIE, my great-grandfather on my father's side, had parents, James GILLESPIE, and Elizabeth [unknown surname - possibly Morrison].  The photo to the right here was taken about 1895.

Why was I so certain? Because I had carefully tracked back, proving linkages step by step, from my dad to his father, to his parents, and to his grandparents.  And the confirmation was to see them in Barrow in Furness on the 1881 England Census, James & Elizabeth, Andrew son, Robert son, Margaret dau, George son & son's wife Catherine, plus grandsons Wm John (Grandpa) and James Robert.  All born in Ireland, but living in Barrow in Furness, Lancashire, England in 1881. Grandpa Wm John was born in Augher, Tyrone.

Recently, using the site IrelandXO - Ireland Reaching Out - I found more information to help me track down George & Catherine's marriage certificate.  I was hoping to find their fathers' names, possibly more information.  A year ago, on an index of Ireland Marriages 1845-1958, I had found a marriage listing for the Registration district of Clogher (County Tyrone), showing Catherine Armstrong married to George Gelespie in 1875.

Well that seems clearly the right couple, doesn't it? I mean, really, how many Catherine Armstrongs could there be in County Tyrone in either the Parish of Clogher or the town of Clogher, marrying a George Gillespie/Gelespie (many variants), the year before my grandpa was born-?  None, right? Of course.  So with encouragement and a little extra information of the correct district from a friendly Clogher Parish volunteer on IrelandXO, I sent away for the marriage certificate from the GRO online.  Only £8, plus mailing. Quite reasonable.

And in only a week, I received the certificate, as noted in the Registrar's District of Dungannon, see photo of Glenhoy Presbyterian Church on the right:

#16  Nov. 25th '75  Geo. Gelespie & C. Armstrong married in the Glenhoy Presb. Church, by Licence, by R. Warnock, with signatures of witnesses William Wright and James Scott and with the marks of George Gelespie and Cathrine Armstrong.  Except for the signatures of the minister and the witnesses, the document seems to have been completely filled out by the minister.

BUT:  George's father?  "William Gelespie"   Ignore spelling of course.  And Catherine's father?  "John Armstrong"   Unknown to me, so can't evaluate

Oh dear... Why does it say William as his father, when from 1881 onward, we know his father was James?

Of course, I could make an assumption this still could be correct.  That is, his full legal name might be William James.  He could have decided to use James as his commonly-used name. In the same way my Grandpa was William John, but was always known by a nickname for his middle name John - "Jack."

Could that be the reason for William?  Too easy, isn't it.  I mean, it is possible, but I'm definitely suspicious.  Although, notice my Grandpa's name: William (after George's father??) John (after Catherine's father??) Maybe? Sigh.

Back to my newly updated Research Plan.  I need to try to find the birth record of any of the Gillespie siblings of George, to see if they list any of their parents, and/or the marriage record(s) as well, to see what they put down for their father's name. Money is a bit tight, so I'll try one at a time, so I don't pay for the wrong person other than my great-grand ancestors!

And of course, I definitely must research any William Gillespie/Gelespie in Co. Tyrone... plus any other Armstrongs including John Armstrong. We do know from other older first cousins that Catherine had several siblings:  George, Susan, Samuel, Bessie [Elizabeth?], and an unknown-named brother (disabled).  I have no idea where Catherine's birth is in this group of siblings.  But as I know her birth year is abt 1853 from Censuses in England, I can assume the other siblings are from 1840-1870.  Clearly I could/should also search out these Armstrong siblings as well.  Busybusybusy.

There are times I do wish my ancestors were written up in histories, were in court, had a higher status so would be more visible back in those days, in Northern Ireland.  But they weren't.  They were hard-working lower class labourers. Adventurous enough to hop across from Ireland to northern England for work, up to Scotland for work, then across the ocean and across Canada, to find a better life for their families.  Good on them.  But could they please leave me a little clue or two??  I'm looking... 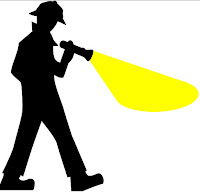 If you know anything more about any of the above individuals, I would be so pleased for more details. And if you wish more information on them, I'm also happy to share. Contact me at my address at the bottom of the page.

Sometimes my Blogger account seems not to allow me to "reply" to your comments. Do know that I value your comments immensely. You make my day! Thanks for stopping by to read my personal genealogy posts.