This year's challenge by Amy Crow is another weekly blog, but based on Themes. Last week, it was Stormy Weather, and this week it is "Luck of the Irish."  Here is shown the links of how my daughter's great-great-grandmother and my son-in-law's great-grandmother lived a stone's throw (or two) from each other in Ireland, and their descendants met and married in Victoria, British Columbia, Canada - half-way 'round the world. 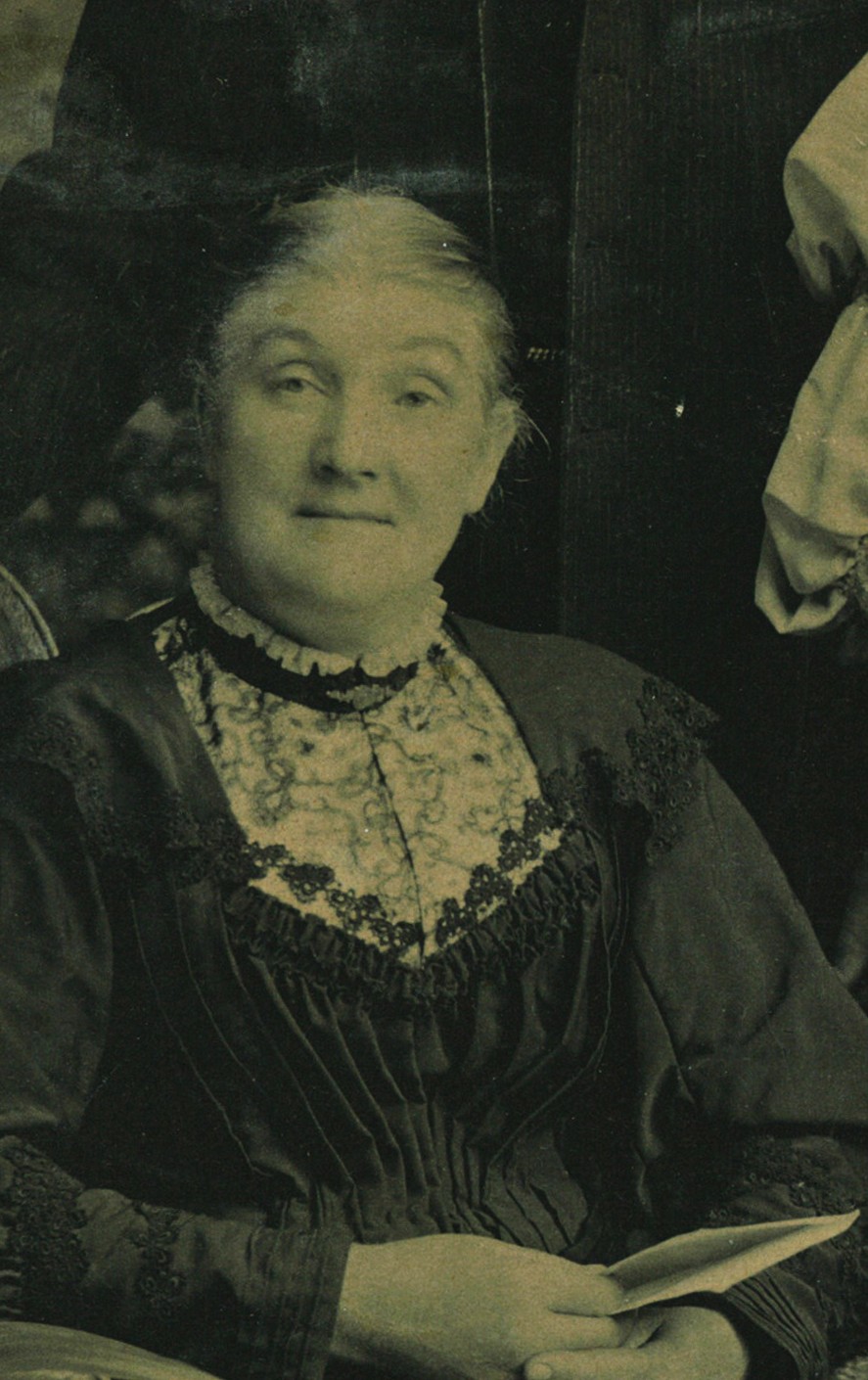 My greatgrandmother, Catherine ARMSTRONG, bap. 3 May 1853 in Parish Clogher, Augher, County Tyrone, N.Ireland, married George GILLESPIE in 1875 in Augher. I have written a number of times about my GILLESPIE line, and this photo of  Catherine is taken in 1895-1898, from a family photograph.

The Parish birthplace - Clogher, County Tyrone - was listed on their 1911 Census in Barrow-in-Furness, Lancashire, England. The family had moved from Ireland just before 1881. The village of Augher shows on the birth registration of their first son, my grandfather, Wm John "Jack" GILLESPIE, who was born there.  His birth was attended by the Informant, Margerie Armstrong - who could be Catherine's mother, grandmother, aunt, or sister... I have yet to find any record of Margerie.  As you can see on the extreme right box, it took several months to finally name Grandpa! I wonder why?

Now recently, I was asked to research my son-in-law's family, their British & German roots, and ran across a great-grandmother of his born in Ireland. Another Irish connection. How interesting, I thought.  [Happy St.Patrick's Day!]

Martha Jane DONAGHY, b. abt 1877, in Emyvale, County Monaghan, N.Ireland, married 2 Aug 1898 in Glasgow, Scotland to James PERRY, b. 1875 in Hartshill, Warwickshire, England.  Her parents were Patrick DONAGHY and Martha McGUINESS, both of Ireland. The 1911 Census of England & Wales gave the birthplace for each person, which was my first finding of the village of Emyvale in Monaghan for Martha Jane DONAGHY's birthplace.

On a map, I saw that the village of Emyvale was very close to the northern edge of County Monaghan... and just for a lark, I looked for where the village of Augher was in the south of County Tyrone.  CLOSE!  Very close: 10.8 miles (17.4 km), in fact.  With a steady walk, it's only a few hours away. Click on the link to see the region on Google Maps.

So I have found that my daughter and her husband, both have direct ancestors - great-grandmothers - who took different routes emigrating from their nearby villages in Northern Ireland. And their descendants ended up across the ocean, across Canada, in Victoria, British Columbia, where they met and married. Amazing. Half way round the world.

I'm sorry I don't have a photo of Martha Jane DONAGHY Perry.  Apparently a box or two of photographs is coming "soon".  I can't wait to see if there are photographs of her in the box.

If you have further information on any of the people listed here, do contact me directly via calewis at telus dot com.  I would love to continue adding more details and photos to my son-in-law's family records.

NOTE: My Blogger account is acting up and not allowing me to reply to comments just now. Assume that I am absolutely thrilled you took the time to come by, read the notes, and comment. You make my day!