This year's challenge by Amy Crow is another weekly blog based on Themes. Last week's theme was Favourite Place, and this week is "UNUSUAL".  I ran across a most unusual name last week, and here he is:  Ammiruhama Spencer.  I've also seen his first name spelled as Ammi Ruhama, but that likely shows he might have been called "Ammi" from Ammiruhama.

Ammiruhamah Spencer is the 7th great-granduncle of my children. I have not been able to find many details for him at all, despite his unusual name.  He was the youngest of 5 children as follows. 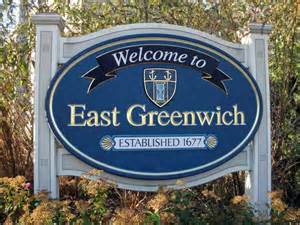 Some of the above information came from a book found on Family Search: "The Four Spencer Brothers - Their Ancestors and Descendants" by Rowena Spencer; with the first 9 chapters researched and written by Donald Lines Jacobus. Rhode Island Vital Records, and Massachusetts Vital Records, filled in several gaps.

All I "know" about Ammiruhamah are the details of his parents, siblings, birth place and date, marriage place and date, spouse, and his death place and date.  His death may have been sudden - he was aged only 35 years. It is not clear if Rachel, his spouse, also died young, or if she married once again.  I have not found any further marrige records for a Rachel Spencer.

And I also have not found records for the two little children; Elizabeth and Michael are quite common names, and there are several distinct lines of Spencers in New England.  So far I have not teased out any details, nor found any guardian records; they would have been 7 and 5 years of age respectively.

If you know anything about Ammiruhamah and his family, I would be so pleased for more details. Contact me at my address at the bottom of the page, or in the Comments section.